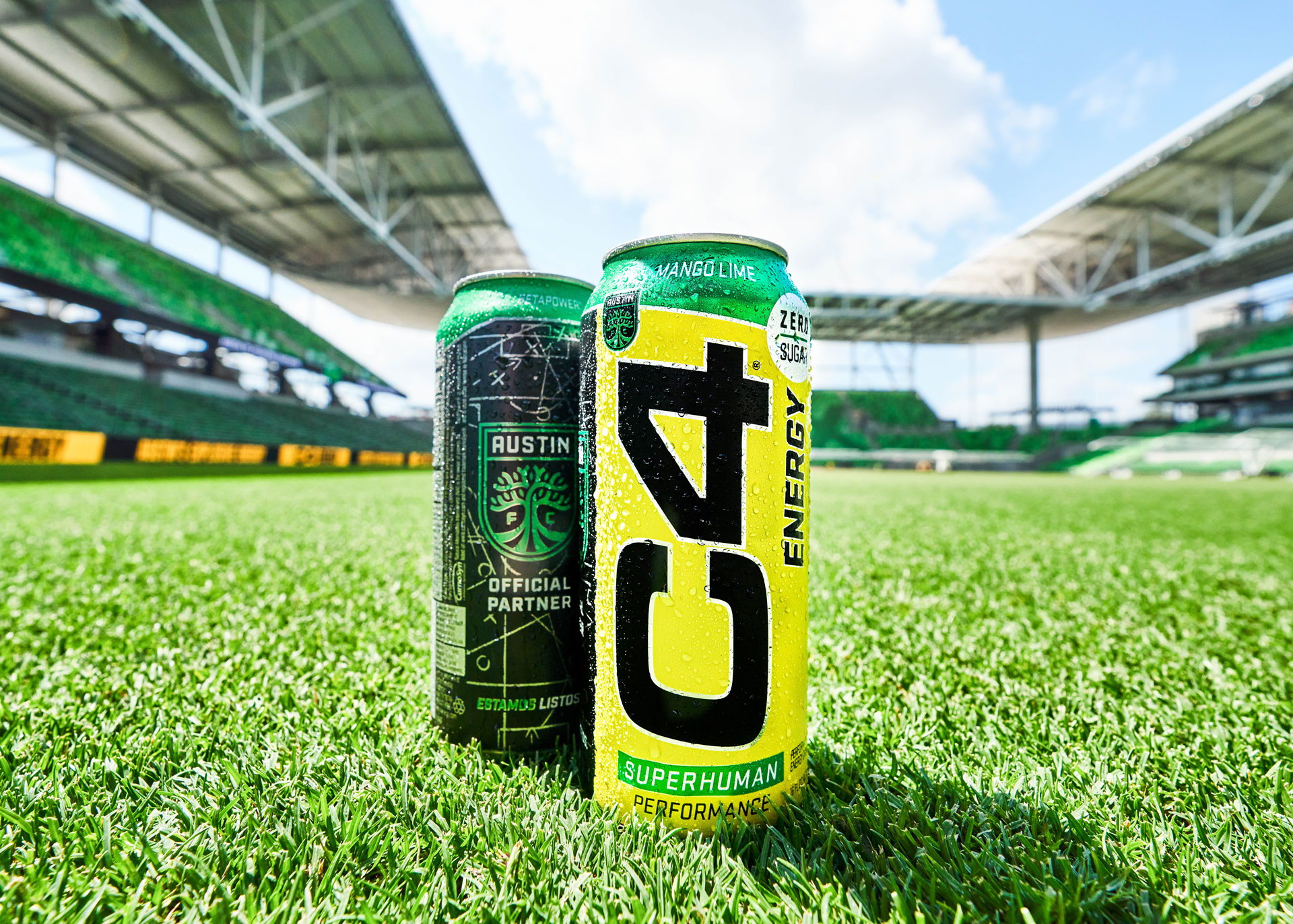 “As two Austin-based companies, C4® Energy’s partnership with Austin FC is extremely special to us,” said Doss Cunningham, Chief Executive Officer of Nutrabolt. “We can feel the excitement and energy in the air leading up to the opening of Austin FC’s new Q2 Stadium, and we’re thrilled to be part of this momentous occasion for our city. We look forward to continuing C4®’s commitment to sports, Austin FC, and our community.”

The new flavor, along with other C4® favorites, will be available at traditional points of sale throughout Q2 Stadium, including concession counters, grab-and-go stations, VIP Club areas and luxury suites. C4® will also offer fans the opportunity to be one of the first to sample the C4® Energy Mango Lime at the inaugural home match on June 19th, among other key matches throughout the season, with an interactive sampling truck and chance to win a $1,000 grant. To celebrate the partnership with local Austin FC fans, C4® will soon announce a complimentary workout series led by top C4® Energy athletes and trainers for the community.

“C4® Energy’s Mango Lime flavor is a great representation of C4®’s commitment to innovation and commitment to introducing co-branded Austin FC product that showcases their support of the community,” said Andy Loughnane, President of Austin FC.

In addition to Q2 Stadium, C4® Energy Mango Lime will be available at 700+ stores in Austin and San Antonio beginning July 2021. At select H-E-B stores, C4® Energy will be hosting a sweepstakes where fans can scan a QR code in-store for a chance to win prizes, including Austin FC tickets, C4® Energy product, and merchandise. Fans can find a local store using the brand’s store locator at www.C4Energy.com/AustinFC. No purchase necessary to participate; contest ends on August 3rd, 2021.

C4® Energy, including the new Mango Lime flavor, is made with no artificial colors or dyes, and contains zero calories, sugar, or carbs. In addition, C4® Energy contains a combination of clinically studied functional ingredients including CarnoSyn® Beta-Alanine, an amino acid to support muscular endurance; BetaPower® derived from Beets, a superfood, for natural hydration; Caffeine Anhydrous, for energy; and L-Citrulline for performance to help you crush all your fitness and wellness goals.

C4® Energy is available in all 50 states and online at C4Energy.com. To join the social media conversation and receive tips from top trainers, visit C4® Energy on Instagram, Twitter, and Facebook at @C4Energy.

Nutrabolt is a global leader in active nutrition and better-for-you performance beverages, known and trusted by millions of active individuals, fitness fanatics, elite athletes, and people looking to optimize their performance in all aspects of life in and out of the gym. The company’s portfolio includes industry-leading sports nutrition brands: Cellucor® – the original maker of C4®, the bestselling pre-workout in America, and XTEND® - the number one BCAA brand in the world. The C4® product line has recently transcended the sports nutrition market to become the fastest growing performance energy beverage in the nation while accelerating its market share expansion within the sports nutrition category. Nutrabolt’s portfolio, which is distributed in over 150 countries, is sold through the company’s owned e-commerce platforms, and is available at leading retailers across the nation, including Walmart, Publix, Amazon, 7-Eleven, GNC, Target, Kroger, Walgreens, and the Vitamin Shoppe.

Free gift with purchase
Liquid error (gwp-popup line 19): product form must be given a product